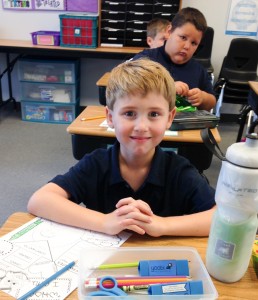 July 22, Southport— Brunswick County’s newest charter school opened Tuesday for its first day of classes. On its first day, the K-2 public school filled the classrooms of its interim facility in the South Harbour professional center.

According to Headmaster Michelle Mena, the South Brunswick Charter School (SBCS) is the fourth member of the Charter Day School, Inc. family of charter schools, managed by The Roger Bacon Academy, Inc., which cumulatively serve more than 2,000 students in New Hanover, Brunswick, and Columbus counties.

The charter schools are public, tuition-free schools which are free to choose their own instructional methods and curriculum while remaining subject to the same testing and accountability standards as traditional public schools.

Next year, SBCS plans to relocate to its permanent, 45-acre campus which is under construction and will include playgrounds, athletic fields, and nature trails for classes to explore while learning about the environment. That site is located on Sunset Harbor Road, south of 211 between Southport and Supply. The school will add grades each year until it becomes a K-
5.

SBCS’ sister school, Charter Day School in Leland, has just begun its fifteenth year and is regularly the county’s top scorer on State End of Grade tests. In the 2012-2013 school year, the school outperformed Brunswick County’s traditional public schools by 52 percent. And, while official numbers haven’t been released, Charter Day School offers that it’s scores for this past year are even higher. The same Direct Instruction pedagogy and Classical curriculum is implemented at each school managed by The Roger Bacon Academy, Inc.

SBCS parent Malia Mearns cites the success of this educational model as a reason for choosing the school, and states, “We love that the children are evaluated often so they will not be left behind and can move forward, if necessary”.

She refers to weekly ass 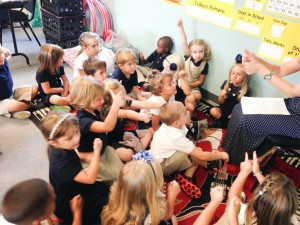 essments whose results are compiled and reviewed by teachers in regular data meetings. As the year progresses, students may be accelerated into higher grade level studies or remediated in a specific area until they demonstrate mastery—which SBCS vows will be achieved by every student through meticulous instruction and attention to rewarding good behavior.

Positive parent and educator response to the new school has led to enrollment goals being met and with each classroom being equipped with a certified teacher and assistant. SBCS Headmaster, Michelle Mena states, “We are going to have an amazing year and parents will be so surprised and pleased while witnessing the rate their child learns, grows, and becomes self-confident in his or her abilities.” Interested parents may still enroll K-2 students at www.southbcs.org. 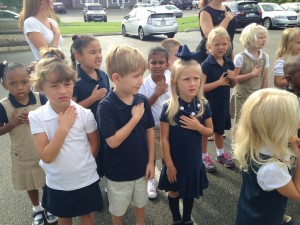 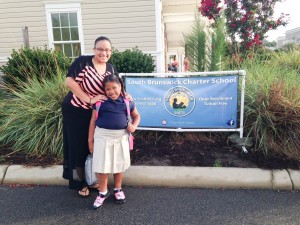